The Plunge - 2021 Pinball Year in Review

2021 was a pretty exciting year in pinball for me and I think for the industry in general. Here's a brief recap of my year as it relates to pinball, as well as my thoughts about certain pinball topics that rang a chord with me in 2021. Game releases New manufacturer Haggis started production on Celts and announced a new, updated version of Fathom! Fathom is not one of my favorite solid states to play, but boy is it a beauty to look at! And the costlier Mermaid addition is adding new rules! Chicago Gaming Co. officially announced Cactus Canyon Remake. I've had both good and bad experiences with CC, and though I enjoyed it the more I played it, I can't see this as something I'd own. Like Fathom, this game is getting enhanced rules. Multimorphic released the Sorcerer's Apprentice add-on kit for their P3 platform. I found their previous title, Heist, to be very intriguing. If I win the lottery, I'm definitely getting it. But Sorcerer's Apprentice doesn't spe
Post a Comment
Read more 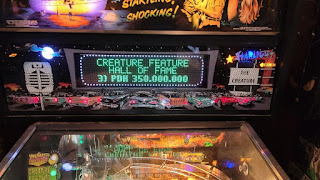 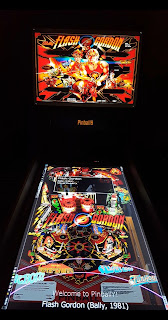 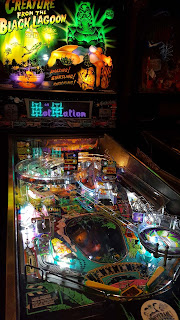 Shopping Creature From The Black Lagoon Part 2: Swapping The Playfield

Welcome to Pinball Intrigue, where I indulge my fascination with the silver ball. Here you will find posts regarding my pinball experiences, pinball machine repairs and mods, a virtual pinball build, and links to other pinball sites.