Reveal of deeproot by TWIP

On September 22, 2020 This Week In Pinball (TWIP) dropped a doozy of a post. A pinball company called deeproot was set to reveal some of the innovation they were promising as far back as 5 years ago. However, the planned reveal did not go well and it appears deeproot has more work to do yet. However, Jeff at TWIP did release some material that looks intriguing to me. What follows are my thoughts about what I observed in the post and the accompanying photos.
The game presented was Retro Atomic Zombie Adventureland (RAZA), and the first area I wanted to focus on is the Pinbar. I absolutely love this concept! Borrowing one of TWIP's photos, I turned it 90 degrees and numbered specific features so that I could explain why I think this is great. Pinbar is a touch display. The most obvious benefit of Pinbar is having it located right in front of the player. When playing a game, a player is looking down at the flipper most of the time, which means Pinbar is in a  player's field of vi…
Post a Comment
Read more 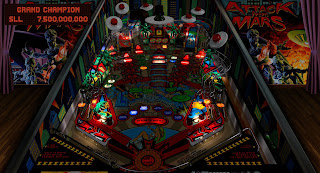 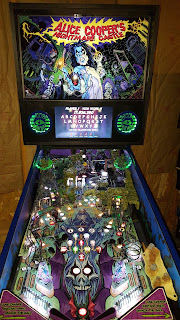 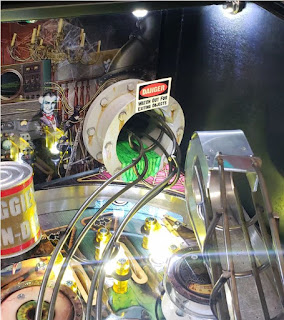 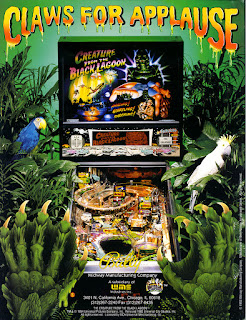 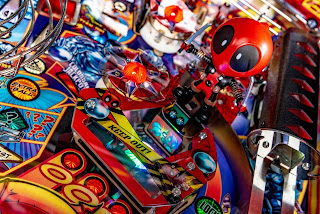 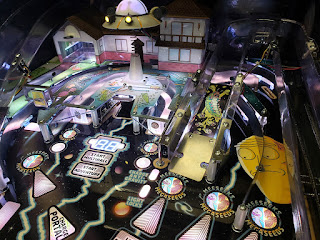 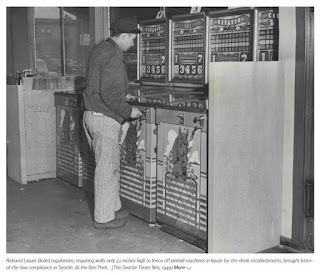 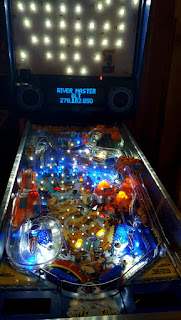 Welcome to Pinball Intrigue, where I indulge my fascination with the silver ball. Here you will find posts regarding my pinball experiences, pinball machine repairs and mods, a virtual pinball build, and links to other pinball sites.